Seven Years of Grace: the Inspired Mission of Achsa Sprague was published in March 2016 and took years of exhaustive research to compile. I felt strongly that it should be categorized as creative non-fiction (and still do) but it was published by a Historical Society, and they are sticklers for fact!

I'm now delighted to return to contemporary fiction where I can play with stories and makebelieve characters in my head and not be so concerned with the difficult demands of proof, time and place. The Last Resort will feature a few characters from my previous Northwoods novels (including Ginger), and address a topic no one has attempted before.   Read More

3 August, 1983. London -- Grove Park, Camberwell. The last in a line of red brick row houses. Our taxi driver had been disappointed that we were not going to visit John Cleese, “that crazy man." Instead, I was interviewing Terry Jones – who, I assured our driver, was pretty crazy, too. My daughter Laura, then 19, was mortified to be seen as tagging along but, like her brother and mother, was a devoted fan of Monty Python’s Flying Circus, first introduced to American television in 1974. We'd been touring France and the UK for nearly a month. Read More
Post a comment

Notes from a Broad - 1st attempt

Oh, bother! Where's the delete key?
So much to say, so little time. I'm between writing projects (what to do next?) and my husband says I'll have to start helping him with housework now that my new novel is done. So, HELP! I tried using the vacuum cleaner yesterday. He had to show me how to start it (!) and today I'm  Read More
1 Comments

An unsolved mystery of the Northwoods. Someone went missing--vanished, or maybe two, together or apart, but there seems to be a common thread. Hmmm... Time for Hannah or .... to get on her boots and sleuth. Great looking blog BTW, Sara. 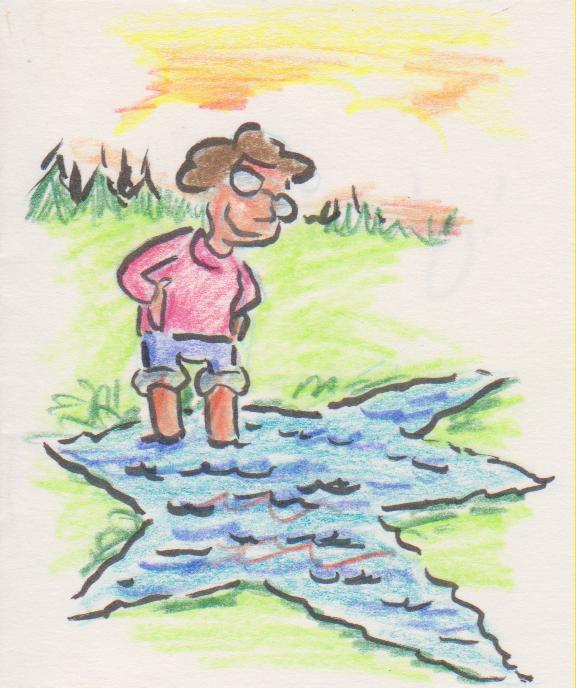